Breaking News: Brandon Morrow Close to Extension with the Jays 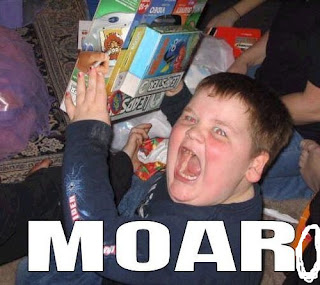 The Blue Jays and SP Brandon Morrow appear to be nearing a 3 year extension, worth $20MM, according to Shi Davidi of Sportsnet. The deal contains a club option for a 4th year worth $10MM, and a $1MM buyout.  MLBTR looked at Morrow as an extension candidate during last season, and practically every Jays writer suggested the same at one point or another over the last year.  Expect an announcement toMorrow (see that?).  The deal will cover both of Morrow's remaining arbitration years, plus his first free agent season. The option obviously covers the second one.  Based on current trends in $/WAR and inflation, he'll only need to be worth something like 1.7WAR in 2015 to justify that option.

Morrow was worth 3.4 fWAR last year, putting up a 3.64 FIP and a 3.53 xFIP, despite an unusually high ERA.  His 10.2k/9ip was tops among qualifying AL starters.  Basically what I'm getting at here is that Morrow is a pretty good pitcher and hasn't really seen the appropriate results based on his talent and peripheral numbers.

I'm glad this happened now, instead of after the season, when Morrow crushes everybody and becomes instantly more valuable.

Elsewhere, the Jays have signed soon-to-be 45-year old SS Omar Vizquel, presumably as a depth move to protect for Lawrie/Johnson/Escobar instead of needing to rely on the slightly worse and also right-handed Mike Mccoy.  Poor guy is just going to be a lifetime AAAA player.

Looks like the Jays tried to acquire Koji Uehara last year, but Uehara veto'ed the deal.

Finally, MLBTR also reports that the Jays are looking in on Francisco Cordero.  I'd rather stay away, but that's just because I'm assuming a $7MM pricetag.
Posted by Grady at 19:31