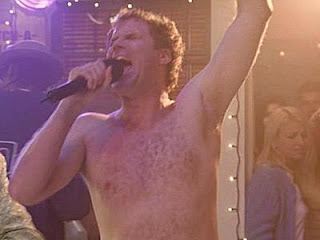 Through the quadruple game-win streak and in to the gymnasium of six-game win streaks.  A six-gamer feels so good when it touches your lips.

Alright, quick recap:  Jose Bautista completely ruined his slugging percentage last night by only going 2-for-5 with 2 singles.  I'm pretty sure he broke his wonderbat, the one that he carved out of a branch that almost struck him that time he locked himself out of the house, while shielding himself with a large piece of sheet metal, under the biggest tree he could find during a lightning storm (that's a poorly written tv reference).

For a change, this was a pretty balanced effort out of the Jays, scattering 12 hits across the board.  Aaron Hill had 2 hits, as did Jose Bautista, Edwin Encarnacion, and Yunel Escobar, who also walked and had a sac fly (not to mention a little D), enough to get a Zaun head.

Kyle Drabek went 7 innings, allowing just 3 hits against a streaking Tigers offense.  The only problem is the fact that he walked 6 guys, striking out just 2, and he threw 113 pitches, to which I say the following:

Seriously, Farrell?  You've got 8 fucking guys in your bullpen and you send a rookie who leads the league in walks out to pitch in a tie game after he's thrown 100+?  Come on dude. Glad this worked, but you're going to have a mutiny on your hands here soon.

Anyway, I'd like to point out that, despite only allowing 3 hits, Drabek was not good yesterday.  The fact that he only gave up 1 run is a minor miracle.  He threw 113 pitches, and only 58 for strikes.  I really can't believe that he got sent out for the 7th, and I can't believe he stayed out there after the leadoff walk.  Heck of an infield defence though with Johnny Mac at 3rd.  Drabek's fip was 4.94 last night.  You got some dinners to buy kid.

So yeah, Drabek's thrown 915 pitches so far this season over 9 starts and 50.0 innings.  That's averaging 101 pitches a start, and 18.3 per inning.  Brandon Morrow threw 2519 over 146 innings last year (17.2 per) and was shut down early, though that was his first full season as a starter.  Still, Drabek is a future ace pitcher (as in NOT a current ace), let's try treating him that way please.


Do you guys remember Kevin Gregg?  You should.  He walked 2 guys and then Adrian Gonzalez hit a double off the green monster to complete the squandering of a 5-0 lead for the Orioles.

Do you guys remember Shaun Marcum?  You should.  He's a good pitcher.  He went 7 innings allowing only 5 hits and 1 run, striking out 4 and lowering his ERA to 2.54.  John Garland was almost as good for the Dodgers in a losing effort, but this game was really all about defense.  Link to the gameday videos.

Tim Lincecum was really good through 4 innings last night.  Too bad he pitched the 5th and 6th innings too, and gave up 7 runs.  Carlos Gonzalez hit a 3-run homer to put Colorado up for good.

And Royals' Manager Ned Yost almost certainly ruined a young pitcher's life last night.  Kyle Davis only last a few batters before being pulled with an injury.  Nathan Adcock then came in and allowed a couple runs (2 charged to Davies), before being pulled for Vin Mazzaro.  Mazzaro was supposed to start tonight, but rather than running through the entire bullpen, Yost chose to send Mazzaro in and try to find someone else to start tonight's game.  Mazzaro proceeded to 14 runs over 11 hits and 3 walks over 2.1 innings, including 10 in the 4th inning.  MAZZARO THEN CAME BACK OUT TO PITCH THE 5TH INNING.  Get serious Ned.

Twins Hall of famer Harmon Killebrew died this morning after entering hospice care less than a week ago.  He was 74.

Dallas Braden is out for the rest of the season with shoulder problems.

Pitching: Porcello
Posted by Grady at 11:41