Curtains for Jojo, Who the fuck is Wilfredo Ledezma? 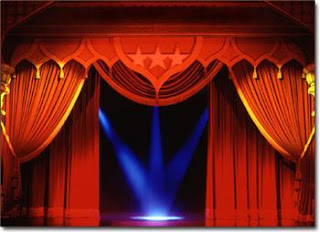 The Bluejays have finally done it, cutting Jojo Reyes.  And let me be the first to say (I'm sure a thousand people have said this already) good riddance to you sir.  Naturally, the roster spot created by Jojo's departure goes to Wilfredo Ledezma... no really.  The first thing I thought when I found out about this was a potential Brett Lawrie sighting, though that was just my irrational thoughts and desires creeping in, because there is a clear need for another pitcher, not another poor fielding 3B.  That thought was followed by Luis Perez' potential return, followed by Kyle Drabek, Zach Stewart, Brad Mills or Jesse Litsch getting called up.

But no, my friends, those guys will continue to toil away (at least for another 3 days), and we'll get a chance to see "Fettucine" Wilfredo Ledezma.  He'll presumably take the spot cleared by Luis Perez'(s?) departure as the other lefty vs. lefty specialist, though I'm not sure why.  He's got a reverse platoon split over his career (helped by a career .344 babip vs. LHB), and nothing that I see on his stats page suggests that he's ever had any degree of success against anybody at any level ever, but inflated PCL stats I guess.  Ledezma is about as likely to be on the 25-man roster come Thursday as I am though, as he probably gets the boot for whoever gets the start in place of Jojo.

Scott Richmond was DFA'ed this week too, which opens another spot on the 40-man... that might mean Brett Lawrie!  It might also mean someone not on the 40-man is on their way up to fill in the smelly void in the rotation left by Jojo Reyes, though I can't even fathom who that could be.

I'm left wondering why the Jays don't give Brad Mills a shot in the bigs.  For 2 straight years now, he's completely dummied batters in the PCL.  Curious if this might be a Jeremy Accardo thing, where he was apparently punished for banging Ted Rogers granddaughter or something, and sentenced to life imprisonment in AAA until getting his release last offseason.  He now sucks for the Orioles, which might actually be a demotion.  Anyway, back to Mills; I wonder if, with his good-for-the-PCL-but-not-all-that-good-anywhere-else stats, he could be called up and dangled as bait for somebody.  It seems pretty clear that he's not going to get much of a shot in the bigs with Toronto longterm, it wouldn't hurt to see him throw a couple times during this, our time of need of a 5th starter, and potentially move him for absolutely anything.

Here's a tweet from ESPN's Jon Morosi, breaking the Reyes DFA, but also saying that AA has been making more calls than any other GM.  That's our boy.

MLBTR claims that the Jays and Dbacks have been in talks about Jason Frasor, though nothing is/was all that close to coming together.  Not sure what Arizona has to offer in return. Justin Upton ought to do it.

Apparently there was a game last night?  Christ. At least it wasn't quite the stinkbomb as it was the night before, though Corey Patterson and Jon Rauch seemed to try awfully hard.  JP Arencibia is trying to solo-homer his batting average back up to a respectable level.  That, plus the heads-up defensive play he made in the 9th on that bunt is plenty to earn him a 2nd consecutive Zaunhead.
Posted by Grady at 10:12