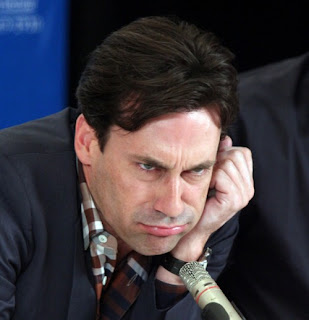 Hindsight here, but uhhh... Jason Frasor?  You know, the best reliever on the team?  Maybe that could have happened?

Magically, Jayson Nix cleared waivers and was assigned to AAA Las Vegas.  Well, magically is probably the wrong word to use there.

Dustin Mcgowan pitched 2 innings for class-A Dunedin yesterday, allowing no hits, no runs, walking 2 and striking out 1.  Not sure what the velocity was, which is really the main thing we all would like to know, but I'll work with what I've got.

I figured JP Arencibia would sit out yesterday's game, but he didn't, and actually got a coupla hits.  I'd still expect Jose Molina to play either tonight or tomorrow, given how banged up JP is.  And of course, he actually contributed yesterday, which almost always means bench time.

Farrell was asked about Kyle Drabek yesterday, and Farrell responded that there was no timetable for Drabek's return.  I wouldn't be surprised if he was back in September, but it would probably take something special to get him back before then.

Peter Bourjos, the Angels' CF, pulled a hammy or something the other day, and as result, 19-year-old super prospect Mike Trout has been called up.  You really wonder why they went and got Vernon Wells.  Oh right, Tony Reagins!
Posted by Grady at 09:43